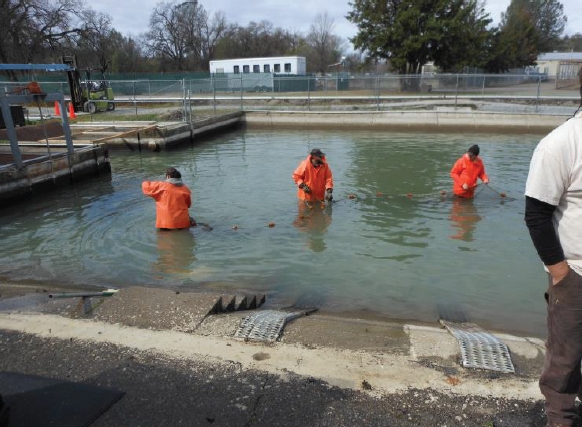 NCGASA began engaging with Coleman National Fish Hatchery after hearing about an excess of adult steelhead filling the raceways at the facility. These fish came into the hatchery in an overabundance. The plan was to hold them in captivity due to wild population influence and salmon smolt predation. The fish had been put into a holding pond after hatchery mitigation numbers were reached and the fish began to die at an alarming rate. These fish arrived at the hatchery as a result of a rain filled winter in 2017 and positive hatchery results. We have worked with the hatchery and government officials to make sure sportsmen, guides, and the fly fishing community have an ample opportunity to catch, harvest, and release these fish for future generations.

By Tom Cannon / on behalf of NCGASA.org / 2022 The NCGASA Board of Directors hired Tom Cannon in the … END_OF_DOCUMENT_TOKEN_TO_BE_REPLACED