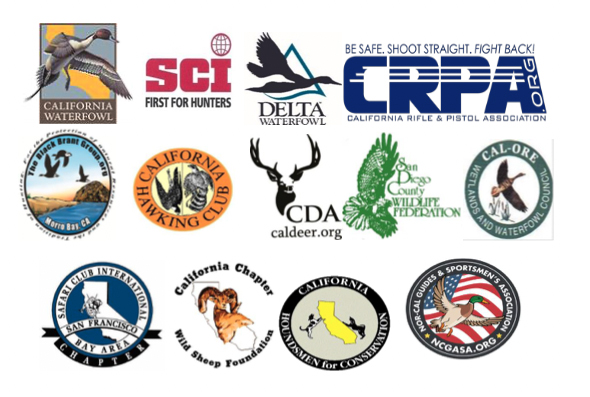 Our organizations, which represent hundreds of thousands of outdoor enthusiasts throughout California, respectfully request that you oppose AB 1737 (Holden), which would place unnecessary and unduly burdensome registration, fee, operation and other requirements on youth recreational camps.

This bill—while well intended—stretches far beyond the lengths of what reasonable steps could be taken to further ensure participant safety at children’s camp. Excluding the infrequent and very isolated incidences, youth recreational camps—especially those administered by small nonprofit conservation groups like ours—operate very safely overall. Very few accidents occur on an annual basis, and those that do happen are typically not serious, and are addressed promptly and appropriately. Every reasonable effort is taken to ensure the safety and well-being of the people who attend these camps.

Simply put, AB 1737 is overkill by creating far too many new requirements, paperwork and costs for small nonprofits like ours to comply with. For example, requiring each camp to annually register and then be subject to a fee to cover the cost of both registration and inspections would create more work and expense. Also requiring each camp to ensure that a full-time adult health supervisor charged with health supervision is available on the premises of the children’s camp whenever campers are present would similarly increase costs.

Note too that the bill not only requires additional training for camp staff, but that both emergency and operational plans be developed, approved by local fire departments who don’t have the time or resources to approve these, and drills be help at camp. Further, mandating that camp staff become mandated reporters creates new liability which may serve as a disincentive for some to participate in youth camps.

These and other expenses incurred under AB 1737 would then necessarily either be passed onto the participants—many of whom are already struggling to afford the camp experience—or have to be absorbed by the nonprofit which typically operates on a very limited budget. Such costs and the myriad of other mandates under the bill would serve as a major disincentive for small nonprofits to continue to offer recreational camps for youth, especially in light of the COVID-19 related fiscal impacts that have negatively affected them in the last two years.

Please also note that recent amendments to AB 1737 now allow for random, unannounced inspections of camp facilities, and that a new fee will be charged by the Department of Social Services to cover both the registration fee and all inspections. No cap was provided for this fee.

AB 1737 does not narrowly target the few children’s camps where problems occur, but rather overregulates the majority of camps which operate safely and ethically. While some of the requirements in the bill are reasonable when considered individually, cumulatively they would create an unreasonable level of red tape, extra work and costs.

For these reasons, please oppose this bill when it is considered by your committee. Sincerely, 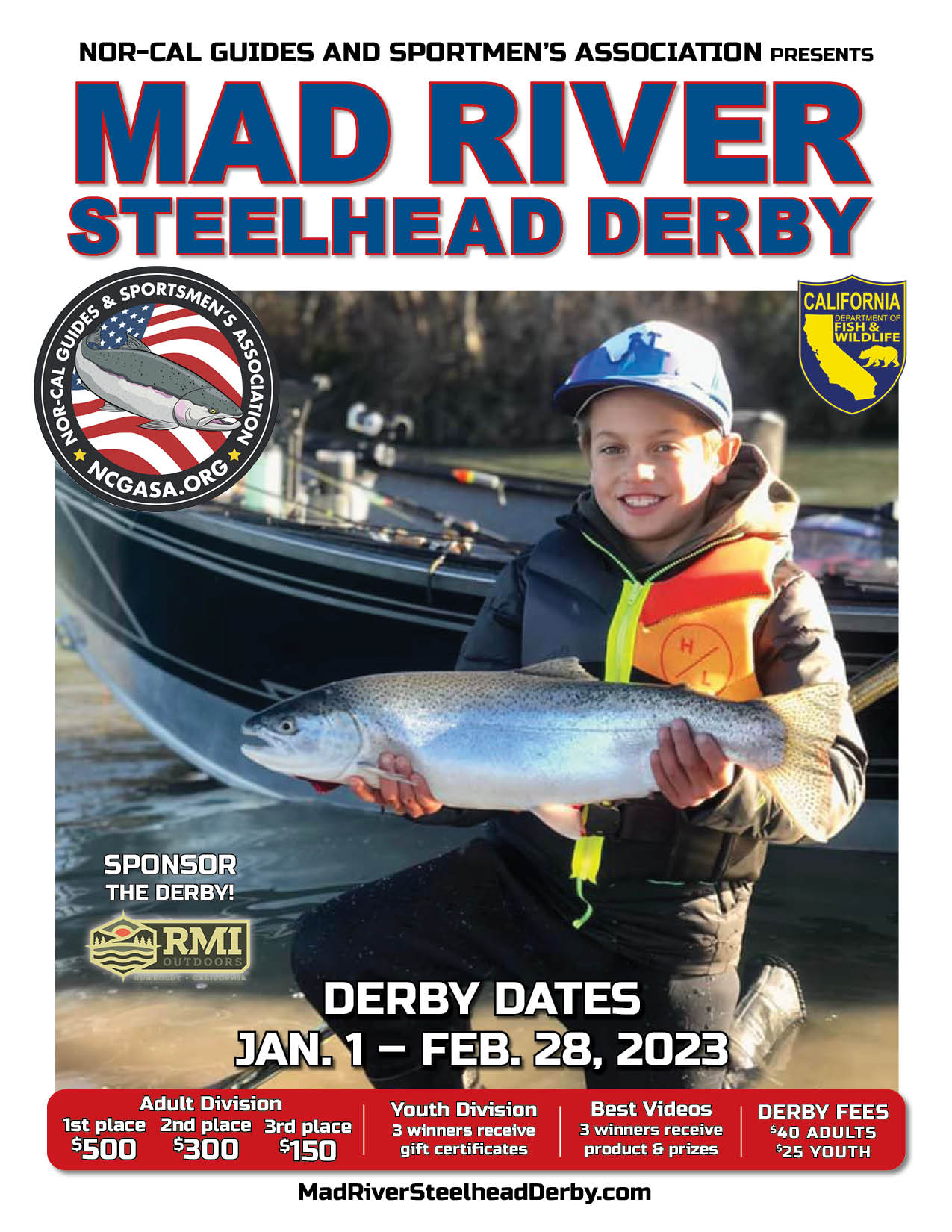 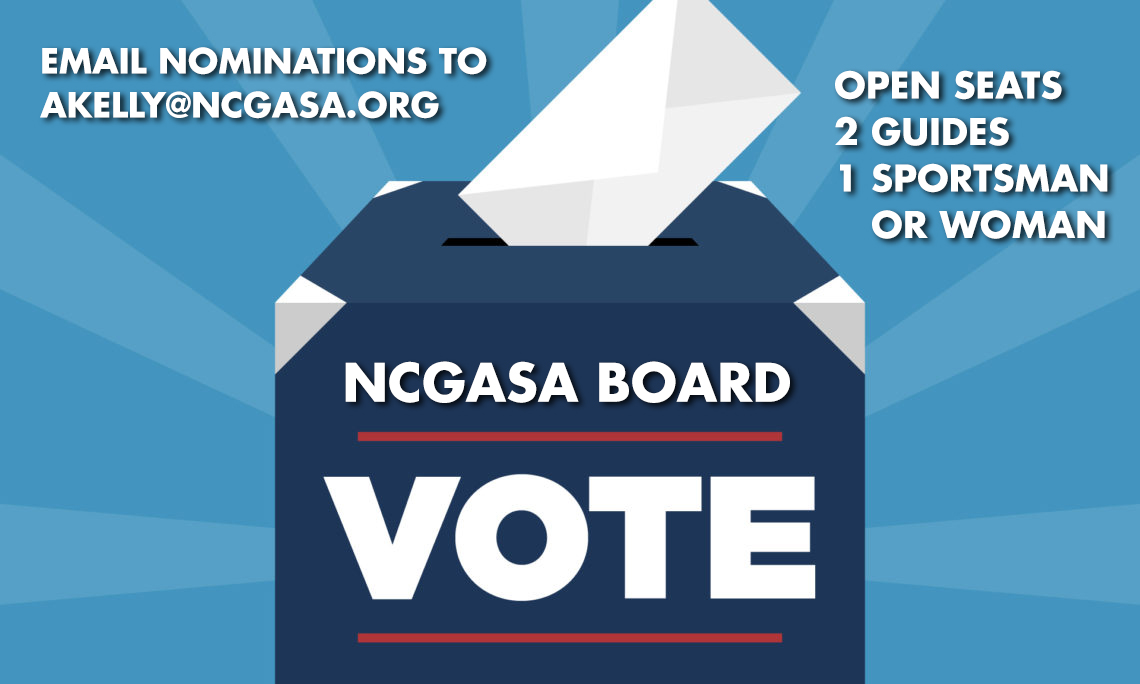 WE NEED YOUR HELP: NCGASA Board of Directors Elections are happening now. Interested in volunteering and helping us save our … END_OF_DOCUMENT_TOKEN_TO_BE_REPLACED 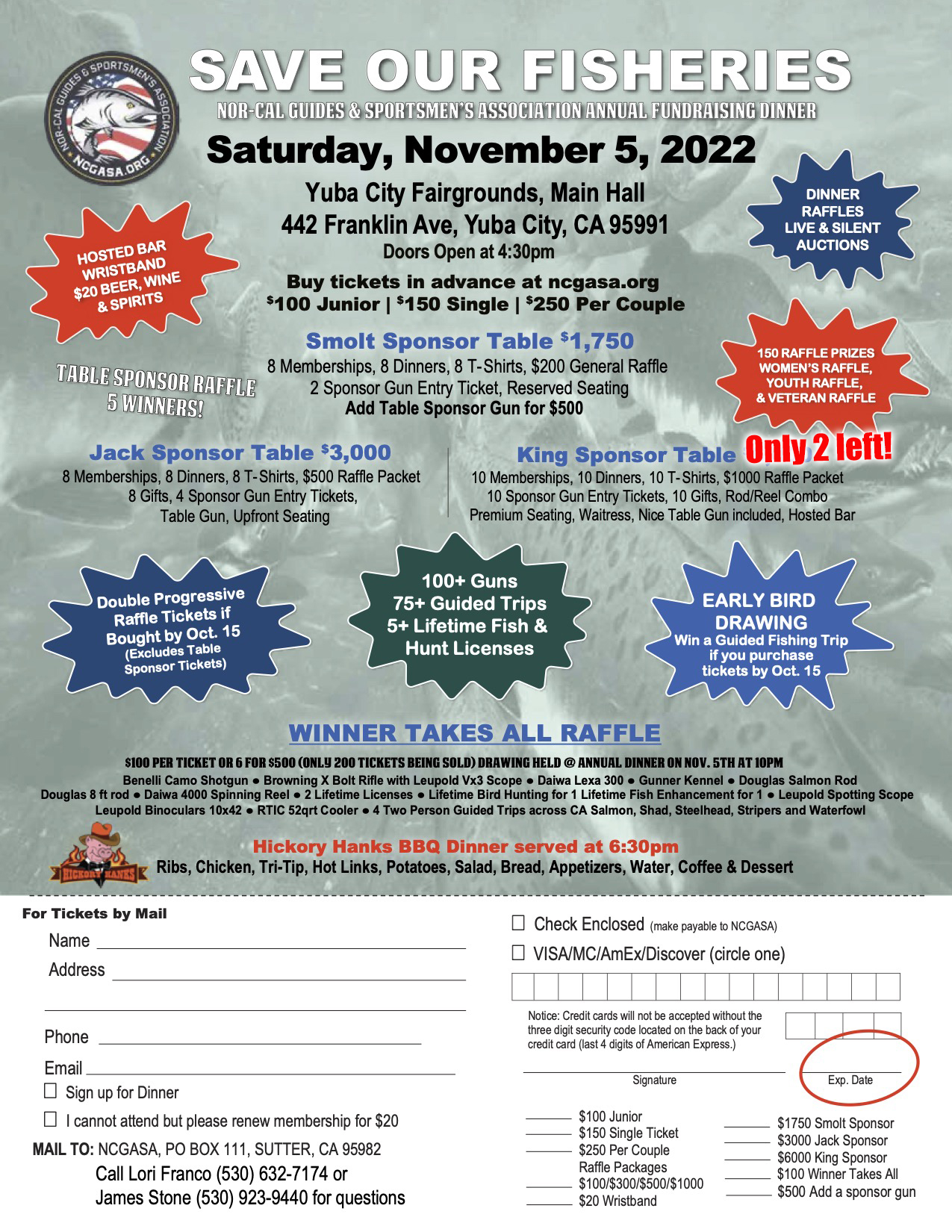 NCGASA’s annual fundraising dinner and live auction is on Saturday, Nov. 5 at the Yuba City Fairgrounds. Help us Preserve … END_OF_DOCUMENT_TOKEN_TO_BE_REPLACED