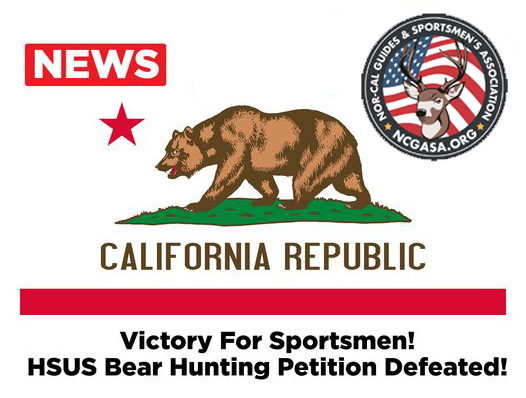 The California Game and Fish Commission yesterday evening voted unanimously to deny the Humane Society of the United States Petition 2021-027, a petition that would have banned bear hunting until the completion of a comprehensive population study. Throughout the process, thousands of sportsmen and women submitted comments in opposition to the extreme anti-hunting measure. In addition to these voices, recommendations to deny the petition were submitted by Fish and Wild Commission Staff and the Department of Fish and Wildlife overall. 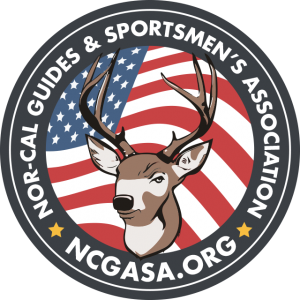 NCGASA.org wrote an opposition letter and contributed to this fight.

“This is a terrific victory for sportsmen and women and we applaud their efforts in defeating this petition. We also would like to thank the Commission for siding with science and opposing anti-hunting extremism which opposes the basic tenants of effective fish and wildlife management,” said Dillon Barto, Manager of State Services at the Sportsmen’s Alliance. “While we celebrate this victory, it is important that we stay ever vigilant. These attacks against our way of life will continue, so it is vital that we are ready for the next assault, whatever form it takes.” 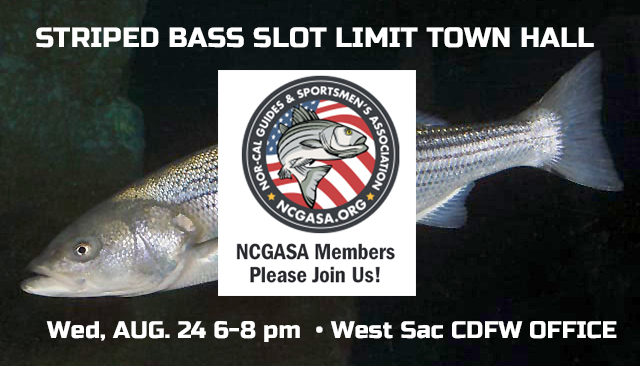 When: Wednesday, Aug. 24 from 6pm to 8pm Where: CDFW Office in West Sacramento Ask: All NCGASA members should be … END_OF_DOCUMENT_TOKEN_TO_BE_REPLACED

The Pit River Bridge is the only interstate highway bridge owned by the federal government in the entire United States. … END_OF_DOCUMENT_TOKEN_TO_BE_REPLACED