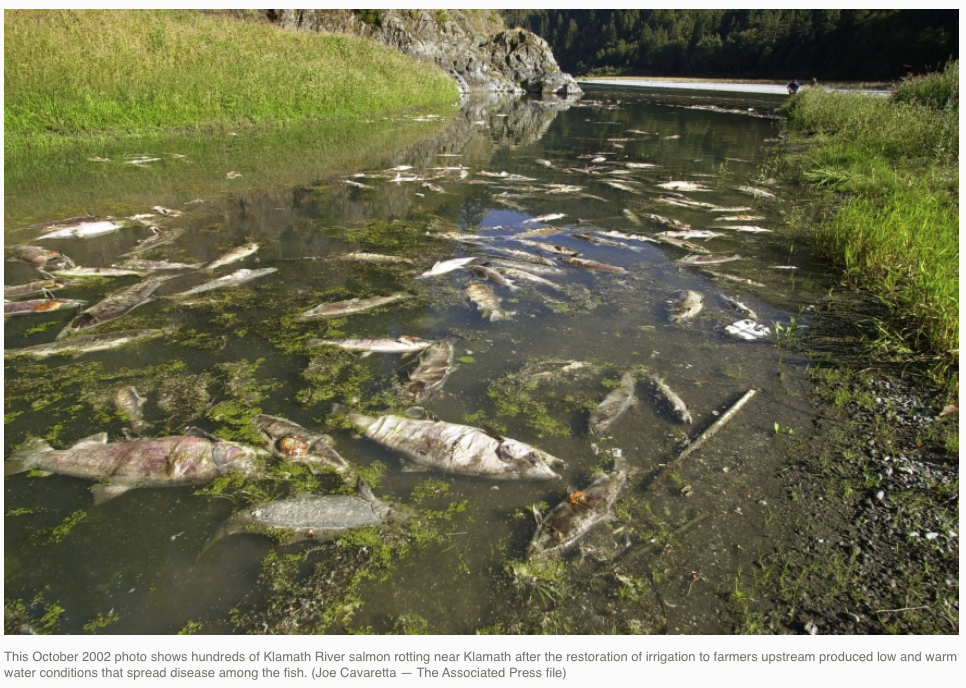 Local tribal leaders will participate in a state joint committee legislative hearing on Tuesday to discuss salmon fisheries amid drought and a climate crisis.

“The alarm couldn’t be louder. We are on the brink of a total species collapse due to the historic drought and arcane federal water policy,” said North Coast state Sen. Mike McGuire (D-Healdsburg) in a prepared statement. “This is a failure of our own making, with poor water management motivated by politics instead of science, blind to the lessons of the past. Tuesday’s hearing will be critical: we will discuss current conditions, how we’ve been ignoring lessons learned from the last drought, and what we can do as a state to save endangered species that are on the brink of total collapse.”

McGuire is the chair of the Joint Committee on Fisheries and Aquaculture that meets at 10 a.m. Tuesday morning to discuss the drought, fish kills and climate change.

“River conditions wherever salmon are found are so bad here in California that baby fish are being cooked alive or wiped out by heat-driven disease,” the release from McGuire’s office stated. “The California Department of Fish and Wildlife estimates that 100% of the endangered winter-run Chinook salmon could die off this year.”

In just the past few weeks, several Northern California tribes have declared drought emergencies. And more than 1.1 million salmon were trucked out of the area to places where they had a better chance of surviving, the California Department of Fish and Wildlife announced.

“Due to drought and other poor conditions in the Klamath River, CDFW has decided not to release any hatchery salmon into the Klamath River this year and will instead raise the salmon at the Iron Gate, Fall Creek and Trinity River hatchery facilities until river conditions improve,” a release from CDFW stated in early July.

“The Trump water-grab started in 2019, but the nightmare is still alive today and will be responsible for an expedited salmon apocalypse,” McGuire’s release stated. “The water-grab essentially allows Central Valley water managers to ignore the lessons of previous droughts and it steers our state on a course towards salmon extinction. … Today, during the worst drought in decades, the legacy of the disastrous Trump policies lives on in Central Valley flow management.”

Tuesday’s hearing will include the following speakers:

Tuesday’s hearing can be viewed at www.senate.ca.gov.

By Tom Cannon / on behalf of NCGASA.org / 2022 The NCGASA Board of Directors hired Tom Cannon in the … END_OF_DOCUMENT_TOKEN_TO_BE_REPLACED