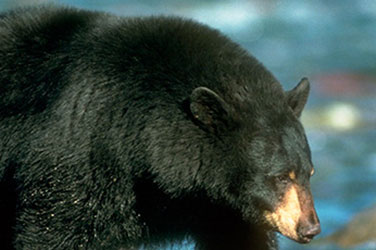 Senate Bill 252 to outlaw bear hunting in California withdrawn by lawmaker, after online campaign. A Change.org petition made change with 27,712 supporters. California wildlife officials close the bear hunting season if hunters report killing 1,700 bears. Last year, the season ended on Dec. 27 with the state’s 30,394 licensed bear hunters killed just 919 bears.
• Read full article in the Sacramento Bee: CLICK HERE
SB 252 will end the hunting of black bears in California
The bill will be heard in the California State legislature in March.
From the Office of S. Weiner on January 26, 2021

SACRAMENTO – Senator Scott Wiener (D-San Francisco) introduced SB 252, the Bear Protection Act. Currently the California Department of Fish and Wildlife (DFW) allows hunters to kill up to 1,700 black bears in a single season. This legislation would ban all sport hunting of black bears, while exempting situations in which bears can be killed to protect human safety, public property, livestock, and endangered and threatened species, and for scientific research. SB 252 is sponsored by the Humane Society of the United States.

Increasing stress due to climate change and wildfire-induced habitat loss has put a serious strain on California’s black bears, and recreational hunting has only further endangered the population. While habitat loss has created an uptick in human-bear conflicts in recent years, hunters rarely remove those problem bears from the population. Instead, they target non-offending bears in remote areas, far from where conflicts occur.

California has already implemented many protections for wildlife, including bans on the hound hunting of bears and bobcats, the hunting of mountain lions and bobcats, and all recreational trapping. A recent poll showed that 70 percent of California voters do not support sport hunting of black bears, and 62 percent would support legislation to ban the practice.

“Over the past few years, black bears have faced unprecedented habitat loss due to climate change and wildfires, and continued sport hunting in California makes survival an even tougher climb,” said Senator Wiener. “It’s time we stop this inhumane practice once and for all.”

“Californians deeply value the environment and have shown time and again that they don’t want to see their iconic wildlife slaughtered for sport,” said Sabrina Ashjian, California State Director for the Humane Society of the United States. “By passing The Bear Protection Act, California can cement its position as a leader in protecting our natural resources and spare thousands of California’s majestic and beloved black bears from a needless and unnecessary death.”

By Tom Cannon / on behalf of NCGASA.org / 2022 The NCGASA Board of Directors hired Tom Cannon in the … END_OF_DOCUMENT_TOKEN_TO_BE_REPLACED