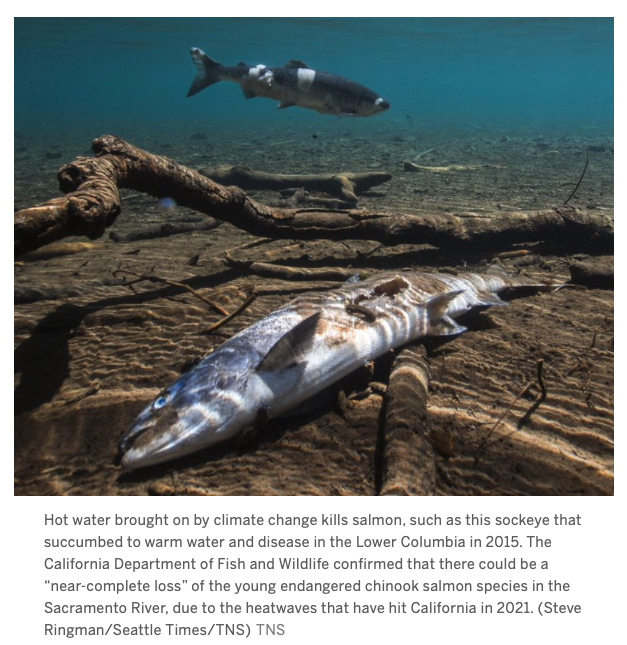 The Northern California Guides and Sportsmen’s Association (NCGASA) appreciates the opportunity to communicate with you on a priority item. NCGASA is an association of over 600 licensed guides and over 4,000 sportsmen and women that work together to protect and increase hunting and fishing opportunities throughout California. NCGASA acts as a voice to represent all people who use California’s waterways and lands. We work closely with many other conservation organizations to make sure we leave a legacy to our children and grandchildren; the same access to outdoor recreation and appreciation for abundant wildlife and fisheries that was instilled in so many of us. More specifically for this letter, we represent the sportsmen’s voice of the guiding community the relies on California’s recreational fisheries to support and feed our families. Our footprint spans the breadth of California, including the Sacramento and Delta fisheries that have historically been freshwater salmon fishing hotspots.

We have many concerns about the state of our inland salmon fishery on the Sacramento River system, including the nearly historically low recreational harvest in the 2020 season (and generally since 2013), consistently missing the PFMC escapement targets (5 out of the past 6 years), missed egg harvest goals at state (enhancement) and federal hatcheries (mitigation), and the counting of unspawned, euthanized fish at hatcheries towards annual escapement goals.

It is the specific topic of escapement that we seek to address in this letter.

The Sacramento River inland salmon fishery, running from mid-July to December, is a vital lifeline for the hundreds of guides and small business in rural and urban communities in the Delta and northern California who rely on the tourism and angler enthusiasm salmon fishing presents. This watershed is also near and dear to our hearts because all of us live among these communities, many times for generations, and consider this a resource to be cherished and nurtured to be passed down to our children, grandchildren and their generations.

While I am writing this letter in my capacity as the Executive Director of NCGASA, I am also a full-time fishing guide myself. As you know, in 2018 I was appointed to the PFMC Salmon Advisory Subcommittee as a California sport recreational fishery representative. I am also on the state California Advisory Committee for Salmon, Steelhead, and Trout (CACSST). This has given me a front seat to the decision making processes at the federal and state level, and what I see troubles me.

In recent history we have seen return runs as high as 769,000 adults (2002) to a mere 43,000+ adults (2017). In some years (2008-2010) the industry faced dire straits and full and partial closure. Despite some modest improvements since 2010, for the past 7 seasons (since 2013) we have again been heading in the direction of losing the inland recreational fishery entirely. 2012-2013 was the last season we had over 250,000 fish return to the system, and a somewhat decent fishery. In the many years since then returns have been far lower, and the inland recreational harvest has been dismal.

NCGASA believes that our management strategies are a practice of managing to the minimum, rather than exploring ways to improve the fishery. We are constantly managing towards meeting the minimum for escapement, which is currently set between 122,000 and 180,000 on annual basis. Hatchery management practices seem to dictate management strategies that, as long as the bare number of fish return to make egg harvest goals, are deemed successful. There are multiple problems with this, including the deterioration of the inland fishery. Additionally, in the past 4 years we have at least twice failed to meet egg harvest objectives on both the state and federal side. In other words, managing to the minimum escapement and hatchery expectations is not working, is destroying the inland fishery, and season after season bears this out.

In 2020, PFMC set the escapement for the Sacramento River fall chinook at 141,900 fish. As of the writing of this letter, we have failed to miss that target again (137,900), meaning that we have now failed to meet escapement 5 of the past 6 years. Historically we have missed escapement 10 of the last 14 years.

Worse, the 2020 models were showing an estimated return of 274,000 fish, including a projected river harvest of 41,500 fish, leaving 233,000 for escapement. We didn’t come close to those expectations, on either front. Cleary, we have an issue with our ocean fishery model that needs immediate attention and correction.

Let me be clear, this is not about the inability of anglers to harvest salmon. We have become quite proficient at catching them. Modern rods, lures, fish finders and countless days on the rivers (our daily office) make it clear that in a year like 2020, the fish are simply not there in the numbers estimated. We have polled the top 200 guides on the river and believe the entire river harvest was as low as 7,000-8,000 fish total for system (guides and other recreational anglers). In all reality, although it pains us to state it, we should probably not be fishing on the stock in a year like this. The 2020 season felt like the 2007 season, which prefaced the full collapse in 2008, 2009, and 2010.

Furthermore, the escapement targets we use every year are shorted because we are counting unspawned, euthanized fish from the hatchery system towards “meeting” that number. On any average year across the system, and in particular at the Feather River hatchery, fall run fish that run up the ladder during spring run egg harvest are removed from the system and needlessly slaughtered without the opportunity to naturally spawn or contribute their eggs to the hatchery process. In fact, this is such a frequent occurrence that the State of California has a standing contract with a seafood processor in Washington State to haul away, clean, package, and sell those unspawned fish in refrigerated trucks. In some years, this number has exceeded 30,000 fish between the three hatcheries on the Sacramento River system. That is nearly 20% of the escapement goal in a year like 2020, which undeniably undercuts the purpose of escapement modeling. In order to provide a more accurate accounting for escapement, we need to stop the practice of counting these fish that are removed from the system towards meeting our escapement goals. Ideally, we would like these fish to remain in the river and spawn naturally, but if they are removed as unnecessary take then they must not be counted towards escapement goals.

These management decisions can put us in the tenuous position of balancing an ocean vs inland recreational fishery. Let us be crystal clear: anglers should not be pitted against each other under any circumstances, and it is not our intent to suggest actions that take from the ocean fishery. We are looking at the fishery as a whole. The cause of this problem is not our salt brethren; they are also mere bystanders in the failure to manage the salmon other than to the minimum. The system is one of freshwater and salt, and all parties need to be engaged in this conversation. The angler is not at fault; that lies with the leadership and management decisions being made over the conservation and harvest of this resource.

The minimum 122,000 escapement target, which we are likely to consider in 2021, has significant repercussions for the inland recreational fishery. This target is established with one thing in mind – ensuring an ocean harvest can take place, and the bare minimum number of fish can return to the system for some natural spawning and to meet hatchery goals. What it does is completely eliminate the recreational inland river harvest. Hundreds of guides and ten’s of thousands of anglers recreate on inland rivers, and the PFMC targets all but ensure that the fishing is poor, that angler opportunity is diminished, that people who buy a license go home disillusioned and turned off of fishing. Couple this with 1 fish bag limits (which we’ve had recently) and angler enthusiasm in the system is at all time lows and continuing to crater.

We acknowledge there are countless stressors on the fishery. An updated report on the thiamine deficiency issue being studied by Dr. Rachel Johnson should be given to the SAS in March. This report is expected to provide an update in the die-off of natural spawners, specifically on the Feather River in 2019. Heavy anchovy diet has led to a thiamine deficiency, which was corrected in the hatchery, but we were not able to do present the same solutions to natural spawners. Ocean conditions are variable, changing hydrological conditions, warmer water temperatures, and a myriad of other issues complicate abundance and returns.

The Sacramento river system is a hatchery driven system; the more fish we put in the more we take back. We suggest that one response would be to increase production levels back to what they were in the 1990’s, which is nearly a 100% increase from today’s numbers.

Regardless of the cause, we all know that we have been in some trouble for some time, and if we do not take immediate action we fear we will again collapse this fishery. It has come to our attention that various environmental organizations and individuals are waiting in the wings to propose CESA and ESA listing for Late Fall and Fall run salmon. Those actions would truly be a death knell to our commercial and recreational sportfishing industries, not to mention the significant impacts to urban and agricultural water suppliers. We are gravely concerned about what would happen not only to our inland fishery, but the fishery as a whole, if one of these groups steps forward and files a petition.

Managing to the minimum has gotten us to this point. In our opinion the PFMC must immediately raise escapement goals to help with the survival of the species and improve the fishery. We certainly need to stop counting unspawned euthanized fish towards the escapement count. We need to also immediately re-evaluate the modeling that our system relies on and to protect this public trust resource; a track record of 5 out of 6 misses is nothing to be proud about and suggests that something is very wrong.

As members of the communities representing Sutter, Butte, Sacramento, Placer, Yuba, Yolo, Solano, Contra Costa, Stanislaus, Shasta, Glenn, Colusa, and Tehema Counties, we are appealing to you to take urgent and necessary action to protect the remaining fishery that we currently have, and to adopt stronger standards for escapement to ensure viability and sustainability of the inland river fishery and to properly meet escapement goals. 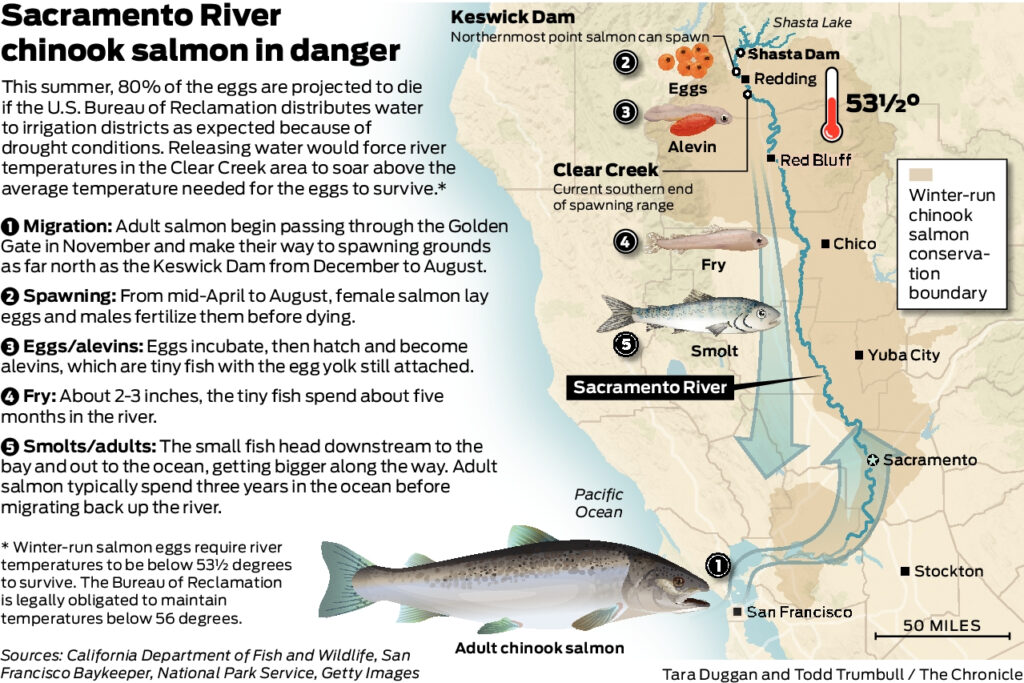 By Tom Cannon / on behalf of NCGASA.org / 2022 The NCGASA Board of Directors hired Tom Cannon in the … END_OF_DOCUMENT_TOKEN_TO_BE_REPLACED